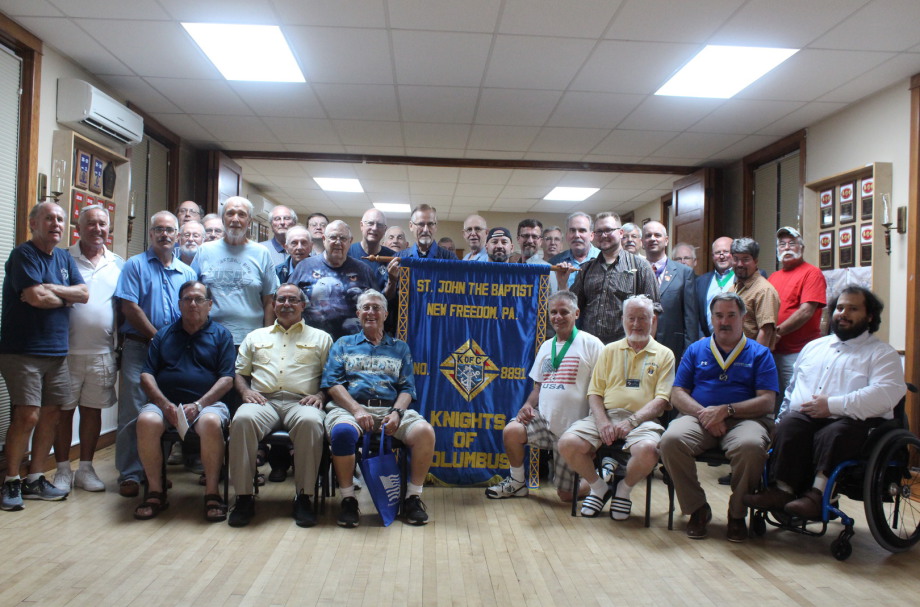 - Dodgy weather, cutback in weekend Masses, and reduced attendance notwithstanding, our annual Coins for Babies campaign was an over-the-top success, thanks to the generosity of so many St. John the Baptist parishioners. 8891 members were especially generous in their contributions. The most we have ever realized was $3600 last year. This year $4597 was collected. Those monies were shared equally with The Women’s' Care Center and Human Life Services, the two pregnancy resource centers in York. Well done.
- After a year of inactivity due to COVID-19, the Rachel's Vineyard Retreat team was able to host a retreat for 4 women at the retreat facility in Columbia. Thank you 8891 members for your prayers of support and the 8891 families who participated via vigil hours or food donations. The next retreat is scheduled for May 15-17. Should you know anyone who would like to attend ask them to go to : UndefeatedCourage.org OR look at the Rachel's Vineyard literature in the Atrium of the church (posted on the two notice boards).:
- To be part of the Pro-Life movement has always been an uphill battle. Of late, that hill is starting to look steeper every day. Congress repealed the Hyde Amendment, which prevented the U.S. government from funding elective
abortions overseas. Hyde had been approved by every Congress.for over 40 years. No  more. Planned Parenthood is still getting over $600,000,000 a year from our Treasury. Several state legislatures were gleeful that you can kill a baby at birth.

That hill is looking steeper every day, nonetheless, Pro-Life enthusiasm seems to be growing. The more egregious the antics of the pro-abortion and their sympathetic lawmakers the more emboldened are the forces opposing them.